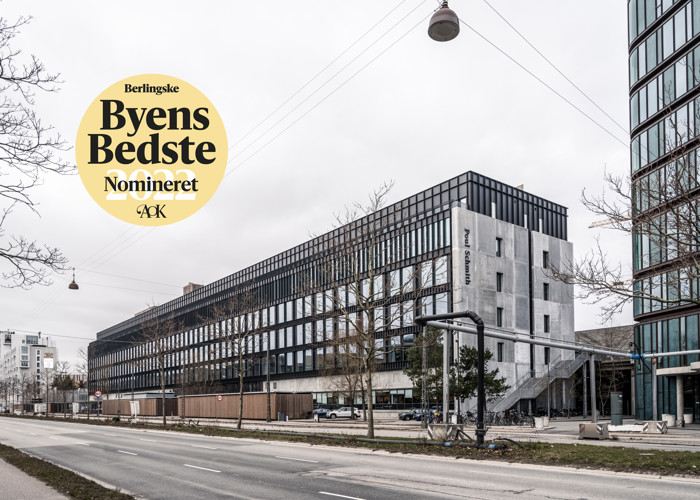 KB32 is nominated for a Copenhagen’s Best Architecture 2022 award

The Danish newspaper ‘Berlingske’ and its readers are selecting the best of what Copenhagen has to offer. KB32 is one of five projects nominated in the category for best new architecture.

The nomination for the coveted award follows a five-star review in Berlingske earlier this year. The newspaper's architecture critic has the following to say about KB32:

"On Kalvebod Brygge, the renovation of the old freight train hotel has raised the architectural and aesthetic quality of the area quite considerably, and the building has, among other things, received a new facade that must rank among the best in recent years in the entire city. Ole Hagen designed KB 32 in the 1960s, and Vilhelm Lauritzen Architects have managed to retain his tactful, unsentimental modernism as a keynote, while transforming the building metre by metre into a modern domicile of the kind companies would do anything to own (or rent)."

The popular vote for the award is open until August 19th at 12 p.m.