Architecture as applied art for everyone

Vilhelm Theodor Lauritzen was one of Denmark's most important architects of his time and one of the originators of Danish modernism. Today, a number of his projects still stand as enduring examples of a then new and revolutionary architecture where form follows function. He was a passionate student of butterflies, but above all he was an architect who throughout his career insisted that architecture is applied art for the people – never a privilege for the few. Among Vilhelm Lauritzen's most famous and recognised works are the first terminal of Copenhagen Airport (1939), today known as the Vilhelm Lauritzen Terminal, the Radio House in Frederiksberg (1945), Vega – Folkets Hus in Copenhagen (1956) and the Danish Embassy in Washington (1960).

Vilhelm Lauritzen was born on 10 September 1894 in Slagelse, graduated from Sorø Academy in 1912 and graduated from the Academy of Fine Arts School of Architecture in 1921, founding the firm Tegnestuen Vilhelm Lauritzen the following year. His study trips to Spain and Greece had a great influence on his later works, including his first major commission, Daells Department Store - a competition he won in 1922 together with architect Frits Schlegel.

In his drawings there is a clear ideal that space and form should last through generations. To understand how groundbreaking his architecture was, it must be seen in its contemporary context. Architecture had long focused on the form and ornamentation of buildings. Vilhelm Lauritzen's approach was more about usability and, with his free thinking and a starting point in functionality, he created solutions so simple and well-functioning that at first glance one risks overlooking the genius.

When Lauritzen began designing the first airport terminal at Kastrup in 1936, commercial aviation was still new. There was no model for what an airport looked like. As a functionalist, he divided the building into airside and landside. The entrance and traffic along the building towards the landside and air traffic and gates along the other. Today, this is still how the vast majority of the world's airports are designed.

Another of Lauritzen's best-known works is the Radio House from 1945. It stands today as a listed and internationally recognised gesamtkunstwerk, uncompromisingly designed from the inside out - from the furniture and door handles to its modernist typology. The building is one of the most successful examples of functionalism, where the different functions such as the foyer, the concert hall and the offices can be read in the shape of the building itself. The sound studios function as Chinese boxes, with walls and foundations without parallel walls, providing optimal acoustics and sound insulation. It has an almost touching timelessness and durability and an exceptionally dedicated detailing. The facade is durable sandstone, and inside the Greenland marble, brass and teak still appear beautiful with details such as the foyer ceiling, where oxhide is stretched over mineral wool. Today, the building's corridors are still filled with the music of students from the Royal Danish Academy of Music.

Vilhelm Lauritzen's modernist talent also extended to interiors, where he designed everything from door handles, ashtrays and hinges to lamps, sofas and chairs. The most famous of these is the Radio House Pendant, which is still in production. Several of the pieces were designed in collaboration with Finn Juhl, who worked as an architect at the firm for 11 years from 1934 to 1945.

Vilhelm Lauritzen was Knight of the First Class of the Order of Dannebrog and was awarded the Eckersberg Medal in 1941, C.F. Hansen Medal in 1954 and the Medal of Honour of the Academic Architects Association in 1964. He died at the age of 90 in Denmark in 1984. 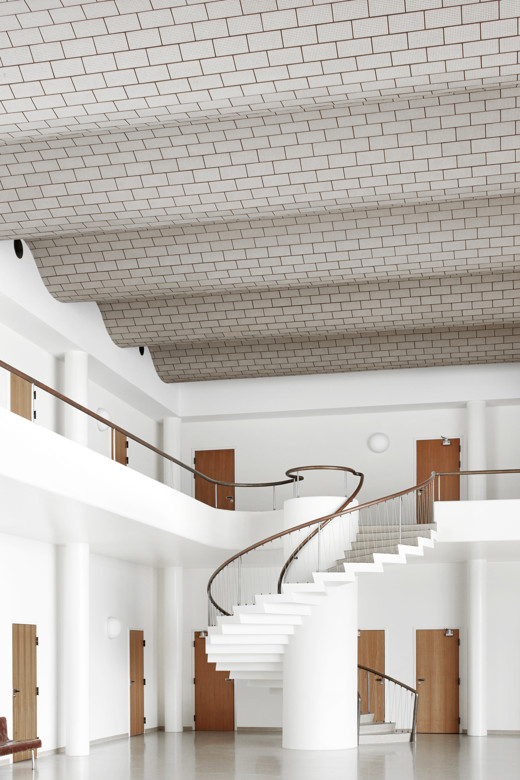 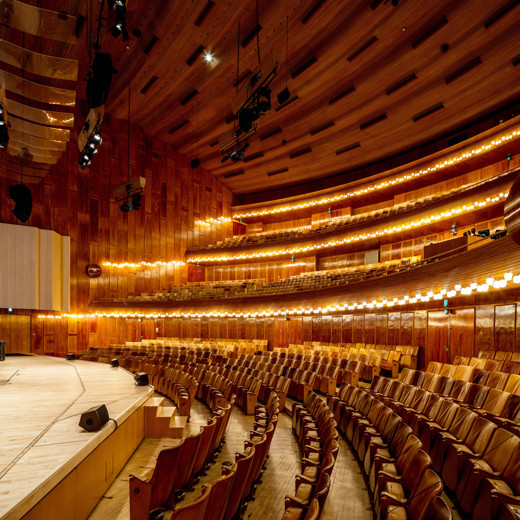 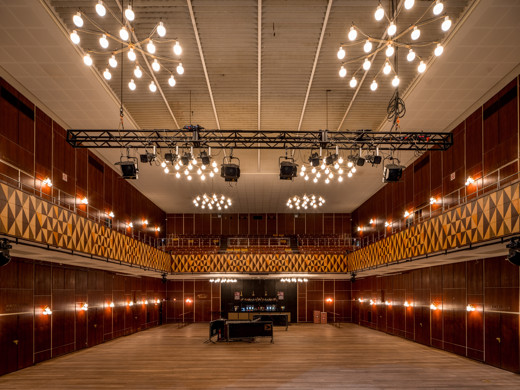 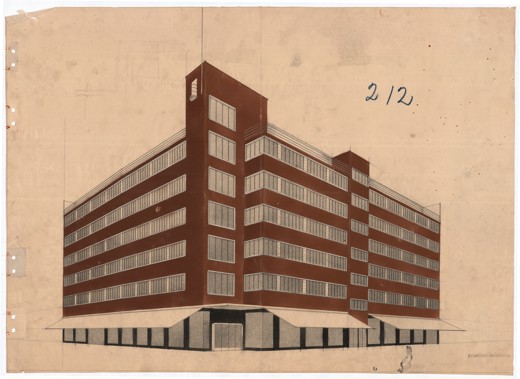 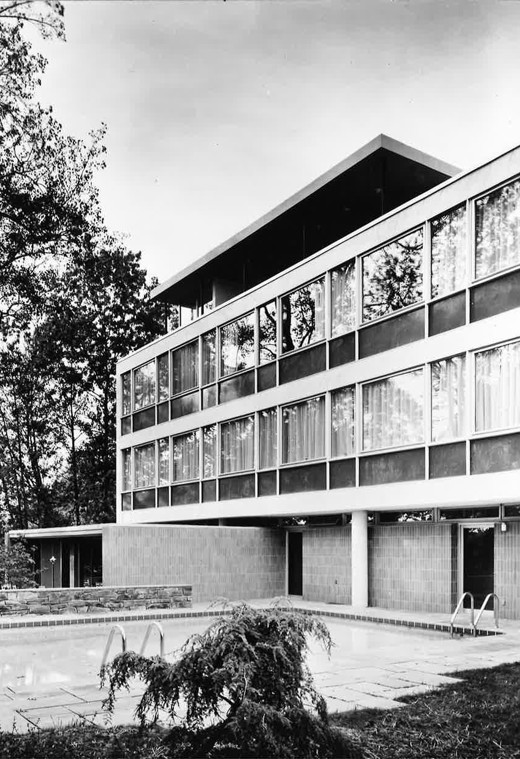 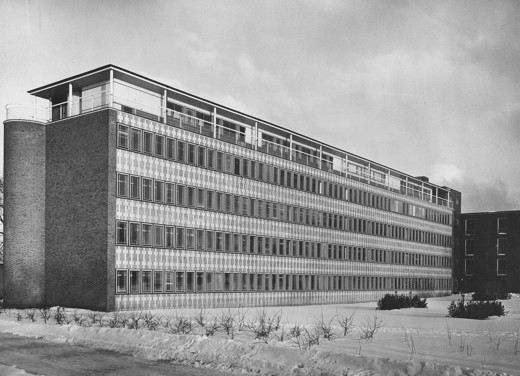 Essay: Lauritzen and the City 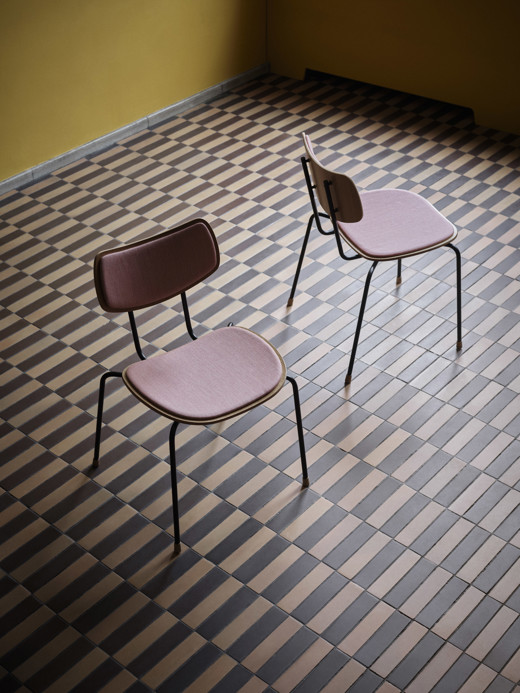 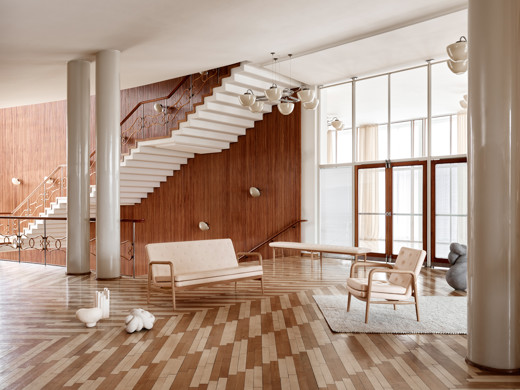 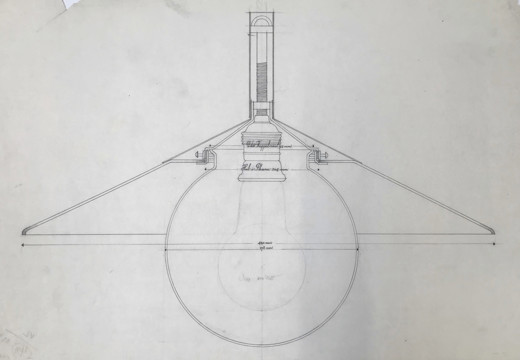 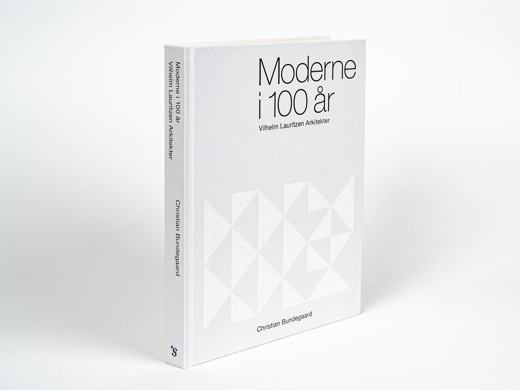 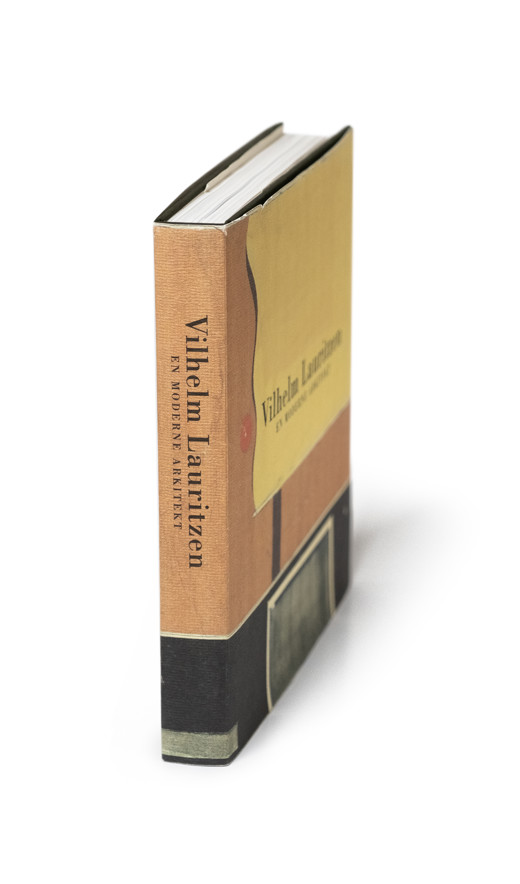 "One of the leading figures of modern architecture"

Read more
"There is no life without aesthetics"
Vilhelm Theodor Lauritzen